With the 2021/22 season now concluded we have an opportune time to look back and review the season and also provide supporters an update on various matters around the club. The result last Saturday in the promotion final was obviously very disappointing for everyone involved in the club and it has taken quite a few days to pick ourselves up – as we know has been the case for every supporter. Of course we congratulate Dorking Wanderers on their promotion in what was a day of tension and excitement. Ultimately we thank Dennis Kutrieb, Chris Franks and the playing group for an excellent campaign in their first full season at the club. Our strategy and commitment to supporters has been to provide stability, year-on-year improvement and net gains. Behind the playing squad and management team there has been a committed and loyal team of staff who have contributed every week to ensure the best possible standards and performance can be delivered – and the club is extremely grateful for their efforts over the course of the season. Our home matchdays this season have seen various changes and improvements having heard the views and concerns of supporters over recent years. There has unfortunately been an increase in anti-social behaviour around the entire football industry this season which thankfully and proudly, is not a regular or general trend for us and our regular support. These have led to our own loyal supporters needing medical treatment.

Already, the focus of the Plough End smoke bomb during the semi-final has led to regulatory body scrutiny on that stand requiring significant and costly works to be done to try to mitigate this kind of behaviour. Nobody wants those greater regulatory controls to be imposed on our supporters and your regular football experience. With the invaluable support of the Fleet Trust and new commercial partners Jed and Jamie at F&amp;F Construction Services, we have been able to rectify and improve the main Plough End entrance and surfacing, replace and repair the scoreboard and storm damage, fully re-fit a new PA system, and of course enjoy the incredible volunteer support from Trust members who do an extraordinary amount of work week to week to keep the club clean, tidy and in good order. We will be advertising some ‘working bee’ days for the summer months again where we will have lunch together and adhere to the adage of more hands make light work. Continued commercial backing from Kuflink has been crucial during recent years as has the wonderful support from Gravesham Borough Council. Last season was our first with Virtue Energy Drinks on our front of shirt and we are pleased to welcome them back for the new season. Our Club Hub is now active at the busy Ebbsfleet International Station and we are experiencing a strong uplift in the number of newer and first-time supporters and season-ticket holders from families in the Castle Hill, Swanscombe and Springhead areas along with wonderful support and season-ticket sales from our longer-term supporter base. Despite the result on Saturday, we can look back on the last two years and see strong, measured improvement in a number of areas across the club, and ultimately that is our strategy and focus. We recently launched a strong Women’s Football section which will be an exciting addition to the 2022/23 season which will add to the growing number of younger supporters we are enjoying seeing visit the club regularly.

One area of the club that has seen very encouraging growth has been our conference and events business. Financially the club has suffered with everyone else throughout the covid period, and it has been the continued support from the chairman and ownership that has seen players and staff cared for during covid and the football programme retained in a competitive and ambitious way. Ultimately the club’s strategy is to reduce year-on-year losses and the reliance on the ownership’s funding, in order to provide long-term financial sustainability and independence. Obviously the outbreak of Covid soon after the arrival of CEO Damian Irvine has set back the financial turnaround plans to an extent – however, the further reduction of losses despite this is exactly the trajectory the club is striving for. Our plans for stadium development and the hotel property behind the Plough End have been re-assessed and reviewed as was outlined in forums and Q&amp;As during the season. Our Licensed Academy has had an excellent year under Danny Kedwell, Daniel Gill and Nathan Bullas and work has begun on their excellent facility at the former Bowaters/Fleet Leisure site which will see the first team training alongside the scholars and youth teams. Finally, this week sees the difficult time arrive where we say goodbye to some members of our playing squad and staff. To our supporters, we remain available for any questions or needs during the close season as we prepare for a bigger and better 2022/23.

Sign up for our daily newsletter to get the day's biggest stories sent direct to your inboxManchester United youngster Dan Polakowski has left the club after he was offered a scholarship in the USA earlier in the year. Polakowski, 18, received an offer of a full scholarship at Manhattan College with his United contract set to run out this summer. The Polish shot-stopper has spent two years at United after

Pompey have once again partnered with the University of Portsmouth to offer a scholarship for local young people. The Portsmouth Football Club Scholarship will award £9,000 to a student who is under the age of 25 and lives in Portsmouth or on the Isle of Wight. They will receive £3,000 a year towards undergraduate course fees for a maximum of three years, while also getting the opportunity to gain valuable

Elliott and InvestCorp are at a crucial stage for the sale of AC Milan football club. The purchase of AC Milan is a move that the NGO called ‘Americans for Democracy & Human Rights in Bahrain’ does not like. How much funds are given to the local government and the royal family? One of the most influential football leaders in the region comes from the Bahraini royal family. Constantly ready 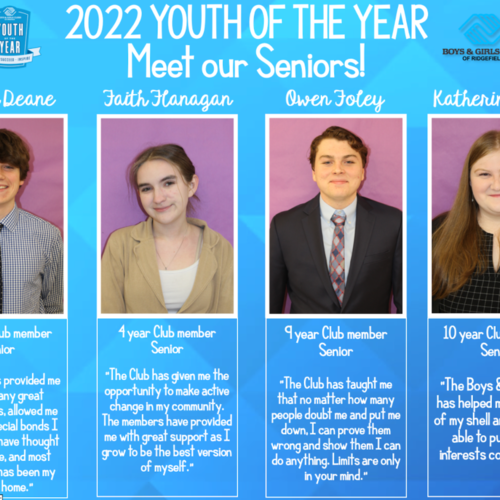 The Boys & Girls Club of Ridgefield is thrilled to recognize 14 Club members as their 2022 Youth of the Year candidates! This Friday, March 18, 2022, the Boys & Girls Club of Ridgefield will host its annual Youth Leadership Dinner, a night to celebrate the Club and the youth that make it the special place that it is! This powerful evening honors the Character and Leadership Program members in

Which club is Ballymena?

Who is Brentford first goalkeeper?

What is forest TV?

Is the Chelsea logo copyrighted?

Does Chelsea ever play in the US?

Chelsea Football Club has Official Supporters Club branches across North America, find your closest club below... More info : Does Chelsea ever play in the US?