IITs have started introducing more industry-relevant courses to make Mtech more attractive (Source: Shutterstock) NEW DELHI: The postgraduate engineering programme – the MTech – has been facing an existential crisis over the past few years. Recommended: [Check your admission chances in IITs/ISM based on your JEE Advanced Rank] Start here- JEE Advanced College Predictor] The reason, according to educationists, was that the course did not improve job prospects and acted as an “in-between course” before a PhD. Also Read| NIT Silchar’s PhD programme brings doctors, computer science engineers together Most academics now agree that the other MTech courses that see enrollment dropping or high dropout rates should be revamped into more interdisciplinary, job-oriented and relevant programmes. From 2014 to 2018, 15 to 20 percent of MTech seats across Indian Institutes of Technology (IITs) went vacant, according to a report by the Indian Express in 2020. In early 2022, Anna University announced that colleges can offer PhD programmes without offering MTech programmes and many started shutting down MTech departments. Nearly 85 percent of seats in MTech courses in Anna University were vacant in 2022, according to a report by the New Indian Express. In 2019, a three-member committee on reforming MTech proposed increasing the fees gradually, to nearly double the amount, to “discourage non-serious students” who “leave the programme midway to take up employment or prepare for competitive exams”.

Educationists said that for students, MTech has become an “in-between ‘’ course that does not improve job prospects but acts as a bridge to get PhD which will allow them to take up faculty positions in the colleges. “Although it is still popular in the tier 1 colleges, there is a major lack of demand for MTech in the past five years…MTech was mainly opted for faculty jobs in future. Also Read| NAS 2021: Punjab, Rajasthan top performers across school levels, subjects Some private universities have even offered fee waivers to attract more students to MTech to enhance the universities’ research capabilities. “We have actually started providing incentives to students like scholarships for individual students, allowing them to work in the laboratories or connecting them with other funded projects. IIT Delhi has launched an Mtech in machine intelligence and data science (source: Wikimedia Commons) Some educationists argued that the lack of demand is a result of the state of the job market. “There is a little bit of a market economy in this. The trends seen in MTech are also present in the undergraduate BTech courses. Premier institutions such as the IITs have started offering specialised MTechs to attract students.

“Drinking water and sanitation is one of the United Nations sustainable development goals. Also Read| IIT Patna CSE team working on curbing hate speech online IIT Delhi is offering an MTech in machine intelligence and data science which is attracting a lot of students, according to the institute. IIT Madras also announced nine new interdisciplinary MTech courses in energy systems, robotics, quantum science and technology, computational engineering, advanced materials and nanotechnology, data science, cyber physical systems, complex systems and dynamics, and biomedical engineering. Academics felt that it is vital for MTech courses to be recast into more interdisciplinary ones to make them more industry-relevant. “For example, if it is robotics, the students should know some programming as well as the mechanical aspect of it. They said that, as with all programmes, the curriculum has to keep pace with the changing times and focus on making students more employable. “We must always make sure that the curricula that are put together will lead to students who are highly employable as well as have an opportunity to seek research. Follow us for the latest education news on colleges and universities, admission, courses, exams, schools, research, NEP and education policies and more.

Image credit: shutterstock.com Check PG admission process of VITVIT PG Admission 2022: Careers360 held a webinar with Dr Ramasubramanian V (Director-PG Admissions) and Dr Mathew Mithra Noel (Dean-School of EE) regarding the post graduate (PG) admission process of Vellore Institute of Technology (VIT). At VIT, students are able to find any industry best suited to their skill sets which looks at performance of students on various parameters, he said. Only 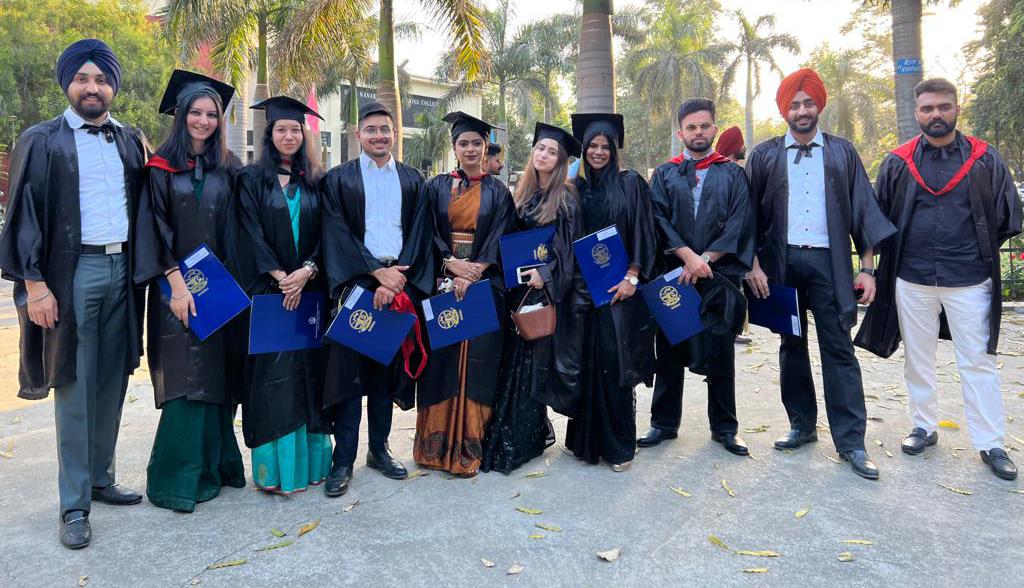 The Defence Research and Development Organisation (DRDO) has launched a undergraduate and postgraduate scholarship scheme for female students. Out of the total, 20 is for UG students and 10 for PG students. The selection of MTech scholarship for the first year will be on the basis of valid GATE score and on merit basis. For PG courses, a minimum of 60 per cent in graduation and a GATE score are

AICTE panel caps annual BTech fee at Rs 1.89 lakhAICTE's fee commission report has set minimum and maximum fees for BTech, MBA and other technical courses in approved institutions. The limit has been revised from its previous report submitted in 2015, which recommended the maximum fee for UG four-year engineering courses be fixed at Rs 1.44 lakh to Rs 1.58 lakh per year. A postgraduate degree in engineering (MTech) should

New: PG&E Announces Expansion of STEM Scholarship Program to Include Historically Black Colleges and UniversitiesThe PG&E Corporation Foundation (Foundation) is inviting applications to the annual Better Together STEM Scholarship Program. The Foundation will provide funding for a total of $250,000 to students pursuing a degree in Science, Technology, Engineering or Math (STEM) disciplines. The program will award 20 scholarships of $10,000 each and 20 awards of $2,500 each. Since 2012,

New: PG&E Announces Expansion of STEM Scholarship Program to Include Historically Black Colleges and UniversitiesThe PG&E Corporation Foundation (Foundation) is inviting applications to the annual Better Together STEM Scholarship Program. The Foundation will provide funding for a total of $250,000 to students pursuing a degree in Science, Technology, Engineering or Math (STEM) disciplines. The program will award 20 scholarships of $10,000 each and 20 awards of $2,500 each. Since 2012,

In Louisiana, community colleges soon will grant full scholarships to students entering short-staffed fields such as health care and information technology. In total, legislatures in at least 10 states have expanded workforce training programs at community colleges since the start of the pandemic or begun paying tuition for students pursuing in-demand fields. “On the other hand, the research has not been very promising overall.”New Programs Ramp UpMany community colleges have

The council of IITs, in a move to bring MTech fees at par with the fees for BTech courses, has increased it by 900%. The IITs will also stop the monthly stipend of Rs 12,400 given to MTech scholars who join the system on the basis of their graduate aptitude test in engineering (GATE) score. More info : Is GATE stipend Cancelled?

Which course is best for robotics?

Such an advancement in the field of robotics has encouraged many colleges and universities in India to provide high-quality courses related to robotics engineering.

What are the best M Tech streams for mechanical engineers?

Is DTU better than IIT Delhi?

There is no comparison of any IITs with the DTU as iits are the best government engineering colleges in India. Both the colleges have a good Infrastructure, best teachers, good hostels and very good placement. So you can apply for any of the college. More info : Is DTU better than IIT Delhi?

Is DTU better than IIT?

There is no comparison of any IITs with the DTU as iits are the best government engineering colleges in India. Both the colleges have a good Infrastructure, best teachers, good hostels and very good placement. So you can apply for any of the college. More info : Is DTU better than IIT?