The CSR initiatives were spearheaded by Reliance Foundation, the philanthropic arm of Reliance Industries, led by Founder and Chairperson of the foundation Nita M. The works included in areas such as rural transformation, health, education, disaster response along with sports for development initiatives. Most importantly, its Covid-19 response to support the nation and the people, was rolled out through five missions, continued pivoted and intensified through the year, based on the urgent and emerging needs including Mission Oxygen and Mission Vaccine Suraksha. The other missions, including Mission Anna Seva, Mission Covid Infra and Mission Employee Care, were strengthened and sustained, based on the emerging pandemic situation. Through its wide range of initiatives, the foundation managed to reach out to over 5.

During the once in a century pandemic, it produced 1,000 tonne medical oxygen every day exclusively for patients, over 8. Providing crucial support to the nation to meet a sudden shortage of medical oxygen for Covid-19 patients, especially during the second wave, Reliance repurposed its factory in Jamnagar in record time to produce liquid medical oxygen. The Jamnagar facility contributed to 11 per cent of India's total production of medical grade liquid oxygen. Besides, it enhanced India's covid testing capabilities by developing its own confirmatory tests with 15,000+ daily testing capacity. In education space, it had set up a Jio Institute Campus at Ulwe, Navi Mumbai, Maharashtra in about 52 acres, which will commence its academic sessions in 2022 itself.

Reliance Foundation scholarship athletes put up outstanding performances at national and international events, winning 28 medals in all. Started in 2016, Reliance Foundation Youth Sports (RFYS) aims to lay a strong foundation for India's sporting future through the development of sports in schools and colleges. Further, it supported various other small-and-medium sized entrepreneurs in rural areas by holding their hands in making their endeavour success. During cyclone Tauktae in 2021, which hit the Arabian Sea in the second week of May and affected the livelihoods of many by damaging property and infrastructure, Reliance Foundation Information Services, through its mobile audio services reached out to more than 435,000 people across states hit by the cyclone with information on heavy rainfall, high wind, high wave, thunderstorm and lightning, pre and post-cyclone cautionary measures on the management of agriculture, livestock and fisheries. (Only the headline and picture of this report may have been reworked by the Business Standard staff; the rest of the content is auto-generated from a syndicated feed.

RTMNU budget earmarks Rs 1 cr for research by teachersPrincipal Correspondent :Varsity budget of Rs 547 cr presented in the SenateRashtrasant Tukadoji Maharaj Nagpur University (RTMNU) Senate passed Rs 51.37 crore deficit budget on Thursday for financial year 2022-23. The budget envisages expenditure of Rs 547,85,66,000 against the income worth Rs 496,48,55,000 from all sources. It has allocated Rs one crore each for Physical Education Department and Incubation centre, Rs

Indian Institute of Technology Madras has raised an all-time high sum of Rs 131 crore from alumni, companies and other donors during financial year 2021-22 to further its philanthropic and socially-relevant projects. Despite the Covid-19 pandemic, the fundraising from various donors has been increasing by over 30 per cent year on year. Fundraising from (CSR) partnerships accounts for nearly half the total Rs 131 crore raised last financial year. The

It has reported that Indian Institute of Technology Madras (IIT Madras) has partnered with Power Grid Corporation of India to launch a scholarship programme for meritorious B.Tech students from economically weaker sections. The Power Grid Corporation of India is contributing ₹10.5 crore to create a scholarship fund as part of its Corporate Social Responsibility (CSR) initiatives. This fund will support deserving students at IIT Madras, covering their tuition fees through

JAMMU : The Jammu and Kashmir government has initiated various steps for strengthening the support to education of tribal students. 31.12 Crore to tribal students during the current financial year. The Tribal Affairs Department has also earmarked a budget of 45 Cr for scholarship in the financial year 2022-23. Post-Matric scholarship to the tune of Rs 15.40 disbursed to 12,580 students includes the students under professional courses clubbed under Group

Great opportunity for students to get scholarship of up to Rs 6,00,000; Check scholarship details hereReliance Foundation has brought a great opportunity for bright students who are looking to get some financial help for their further studies. How can you apply for Reliance Foundation Scholarship 2022? In order to apply, students first need to complete and pass the eligibility questionnaire that is given in the official website www.scholarships.reliancefoundation.org. To fill

"Despite the COVID-19 pandemic, the fundraising from alumni, donors and corporate firms has been increasing by over 30 per cent year-on-year. The number of corporate firms donating funds to IIT Madras through CSR has almost doubled in the last five years. "Fundraising from Corporate Social Responsibility (CSR) partnerships accounts for nearly half of the total Rs 131 crore raised in last financial year," said Mahesh Panchagnula, Dean (Alumni and Corporate

The daughter of a smallholder farmer in Mizoram is among five successful recipients of a scholarship for admission to prestigious Asian University for Women in Bangladesh. The $375,000 (Rs 2.8 cr) scholarship will cover tuition, room and board, health coverage, textbooks, and supplies along with possibility of internship opportunities with Syngenta. Recipients of this scholarship are selected from interested students from farming communities based on their academic excellence and demonstrated 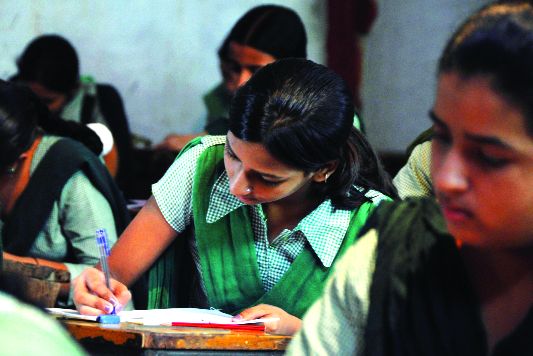 Tribune News ServiceChandigarh, March 29Social Justice and Empowerment Minister Dr Baljit Kaur on Tuesday released Rs 214.16 crore under the post-matric scholarship and shagun scheme. Disclosing this, the Cabinet Minister said: “Clearing the pendency till March 2022, Rs 184 crore have been released under the post-matric scholarship, while Rs 30.16 crore have been released under the shagun scheme up to December 2021.”Later, Finance Minister Harpal Cheema approved the release of

The Sports Authority of India has released a total of Rs 7.22 crore as an out of pocket allowance for as many as 2,509 Khelo India athletes across 21 disciplines, including para-sports, for the months of January to March. "A financial assistance of Rs 6.28 lakh is allocated for each residential athlete training at the accredited academies as per the annual Khelo India scholarship scheme. That includes an out of

What is the ratio of Reliance Industries?

The MCA data reveals that Reliance industry Limited has been consistently maintaining its top position in the list over last 6 years. Last year also the company had spent a total of Rs 849 Cr against a total prescribed CSR budget of Rs 811 Cr. More info : Which of the company is no1 doing best CSR in India as on 2020?

What is the total equity of Reliance Industries?

What is the financial position of Reliance Industries?

What is the financial position of Reliance?