HONIARA: Western powers sounded the alarm Thursday over leaked plans to dramatically expand China's security and economic reach in the South Pacific, in what one regional leader called a thinly veiled effort to lock island states into "Beijing's orbit". If approved by Pacific island nations, the wide-ranging draft agreement and a five-year plan, both obtained by AFP, would give China a larger security footprint in a region seen as crucial to the interests of the United States and its allies. In a sign of the region's growing importance to Beijing, Chinese Foreign Minister Wang Yi landed in the Solomon Islands Thursday at the start of a high-level, eight-nation Pacific tour to present the potentially lucrative offer. The package would offer 10 small island states millions of dollars in Chinese assistance, the prospect of a China-Pacific Islands free trade agreement and access to China's vast market of 1. It would also give China the chance to train local police, become involved in local cybersecurity, expand political ties, conduct sensitive marine mapping and gain greater access to natural resources. The "comprehensive development vision" is believed to be up for approval when Wang meets regional foreign ministers on Monday in Fiji. "This is China seeking to increase its influence in the region of the world where Australia has been the security partner of choice since the Second World War," Australian Prime Minister Anthony Albanese said Thursday. Australia "needs to respond", he said, outlining plans for a "step-up" in Pacific engagement, with about Aus$500 million (US$350 million) in additional aid for defence training, maritime security and infrastructure to combat the effects of climate change. His Foreign Minister, Penny Wong, was flying in to Fiji to consult the government about the plans. In New Zealand -- which normally has close ties with China -- Prime Minister Jacinda Ardern stated the region had no need for Beijing's security arrangements.

"We are very strongly of the view that we have, within the Pacific, the means and ability to respond to any security challenges that exist, and New Zealand is willing to do that," she said after a meeting with US senators in Washington. US State Department spokesman Ned Price warned the countries in question to be wary of "shadowy" agreements with China. "We are concerned that these reported agreements may be negotiated in a rushed, non-transparent process," Price told reporters, adding that Pacific nations would make their own sovereign choices. The Chinese plan, if approved, would represent a significant change, facilitating everything from the deployment of Chinese police to visits by Chinese "art troupes". "It's relatively rare paper evidence of China's ambition to establish itself as a regional security power," said Mihai Sora, Pacific foreign policy analyst at the Lowy Institute. China wants to elbow out the United States, said politics professor Anne-Marie Brady of New Zealand's University of Canterbury. "It's an encirclement move, aimed at pushing the US out of the region and isolating Australia, New Zealand," she said. The Chinese plan is also raising alarm bells in regional capitals. In a stark letter to fellow Pacific leaders, Federated States of Micronesia President David Panuelo warned the agreement seems "attractive" at first glance, but would allow China to "acquire access and control of our region". Calling the proposals "disingenuous", Panuelo said they would deliver Chinese influence over government and industries, and allow "mass surveillance" of calls and email.

"The result", he said, would be "the fracturing of regional peace, security and stability". Micronesia has a compact of free association with the United States, making it one of the region's closest US allies. But other Pacific leaders may see the Chinese proposal as possibly lucrative or beneficial. Policymakers in the United States, Australia, New Zealand and Japan are still reeling from revelations in April that the Solomon Islands secretly negotiated a security agreement with Beijing. A leaked draft of the agreement contained a provision allowing Chinese naval deployments to the island nation, which lies less than 2,000 kilometres (1,200 miles) from Australia. The Solomon Islands has said it will not host Chinese bases, but it is also prohibited from speaking publicly about the deal without China's permission. During his one-day visit to the Solomon Islands' capital Honiara on Thursday, Wang is scheduled to sign draft agreements, details of which have not been made public, as well as meet with the country's prime minister and foreign minister. Travelling until June 4, Wang will also stop in Papua New Guinea, Fiji, Kiribati and Samoa, as well as hold video calls with Micronesia and the Cook Islands -- a self-governing part of New Zealand.

By NICK PERRYAssociated PressWELLINGTON, New Zealand (AP) — China wants 10 small Pacific nations to endorse a sweeping agreement covering everything from security to fisheries in what one leader warns is a “game-changing” bid by Beijing to wrest control of the region. China also mentions the possibility of setting up a free trade area with the Pacific nations. Those who follow China’s role in the Pacific will be scrutinizing the

(CNN) When China announced it had inked a security pact with a tiny Pacific island nation this week, there was little fanfare -- at least from Beijing. Australia and the US were so worried that they sent delegations to the Pacific island, hoping to stop the agreement. But, says White, a Chinese military base in the tiny nation only becomes a real issue for Australia during any potential conflict with

Jan 24 (GlobalTimes) – China has demonstrated responsibility and maturity in granting visas to US officials to the Beijing Winter Olympics, experts said, noting that Washington’s flip-flop attitude in international affairs is eradicating its credibility, and it’s time for the superpower to grow up. Zhao Lijian, spokesperson of China’s Ministry of Foreign Affairs, said at a Wednesday briefing that China has granted visas to some of the US officials. –

Japan-initiated Free and Open Indo-Pacific Strategy (FOIP): Implications for Cambodia’s security interestGeopolitical competition among rivals, particularly between the US and China, have intensified with the Asia Pacific region witnessing a battlefield to exert their influence. FOIP has been a strategic foreign policy tool to maximise Japanese maritime security interest in the Asia Pacific. The South China Sea issue is one of the reasons for Japan’s increasing security cooperation in the 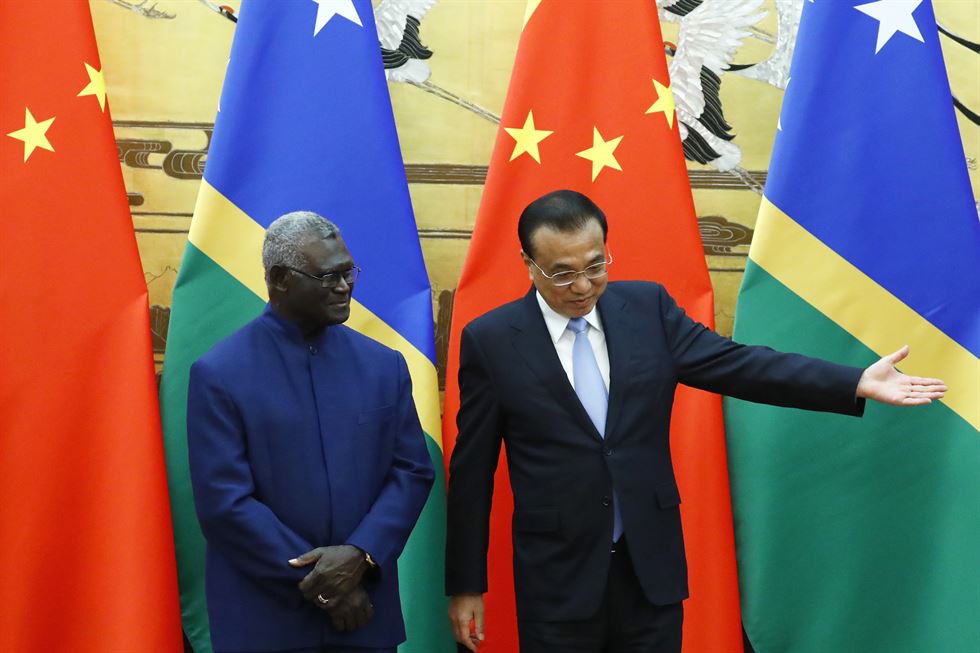 Swifts fly over the Summer Palace in Beijing on June 18, 2019.Photo: VCGFirst spotted in Beijing, Apus apus Pekinensis is a subspecies of the common swift (Apus apus). Along with other subspecies, these swifts come to China's capital city as a migration destination every year from April to August. Zhao is one of the earliest scholars to promote bird watching in China.In China, swifts enjoy a good reputation. The restoration

But track 1.5 security dialogues comprising Australian, New Zealand and Pacific island officials and non-governmental experts are underutilised. Notably, when Australia asked China to revive a dialogue on the Pacific earlier this month, the proposal didn’t include participation by any Pacific state. One notable exception was in 2020, when one of us co-hosted the Track 1.5 Pacific Security Dialogue held to inform the Australia–New Zealand–United States Pacific Security Cooperation Dialogue.

Where is Beijing located east or west?

Beijing is located on the western coast of China on the Pacific Ocean. Beijing stands at the northern tip of the North China Plain. Tiananmen Square in the center of Beijing is situated at 39O56' North Latitude and 116O20' East Longitude. More info : Where is Beijing located east or west?

Which sea is south of China?

Where does South China Sea belong?

Where is Decentraland based?

Where are the China Seas?

China Sea, part of the western Pacific Ocean bordering the Asian mainland on the east-southeast. A portion of the delta of the Mekong River as it flows through southern Vietnam and empties into the South China Sea. More info : Where are the China Seas?