New Delhi: When 31-year-old Indian Railway Traffic Service (IRTS) officer Siddhartha Verma challenged Rahul Gandhi over his idea of India at a Cambridge University event Monday, his interjections were greeted with a small titter of disapproval. However, the video clip of Verma arguing that “Bharat” is an ancient “rashtra” rather than what Gandhi called a “union of states” has now gone viral, and has, by his own admission, earned him pats on the back from social media users. Speaking to ThePrint over the phone, Verma, a postgraduate Commonwealth Scholar in public policy at the University of Cambridge in England, said he questioned Gandhi to “understand” his views about India. “I was intrigued by Rahul Gandhi’s repeated statements claiming that India is a union of states, and not a nation. Gandhi, who was addressing an interactive session, titled ‘India at 75’, at Corpus Christi College, Cambridge University, had declared in his speech that “India is a union states”. Disputing this view, Verma told Gandhi that, as a political leader, his idea of India was “flawed”, “incorrect”, and “destructive” because it tried to “whitewash history of thousands of years”. In the video clip, Gandhi is heard saying, “I don’t think so” but the rest of his response is cut off. Verma, however, told ThePrint that Gandhi had, in effect, said both ideas of India could co-exist.

“Later, he [Gandhi] said that he did not have any problem with my idea of India, so I should not have any reservation with his idea of India,” Verma said. Also Read: BJP targets Rahul for meeting ‘anti-India’ UK MP Corbyn, Congress tweets old photo of Corbyn &amp; PM The audience at Cambridge did not seem receptive to his ideas, Verma said, but added that he has now received overwhelming support across social media. “There were instant reactions from the interview and the audience around at the moment when I was asking my question. At a somewhat tense moment in the video, academic Shruti Kapila can be heard saying that the term “rashtra” means kingdom, to which Verma replied that it is the “Sanskrit word for nation”. Talking about Gandhi’s statement, Verma said: “I do not understand the motive but I assume that there had been an attempt to whitewash India’s ancient history. “I think there is a lack of awareness about ancient history. A Lok Sabha speech on 2 February had earned backlash for Rahul Gandhi when he targeted the Modi government over centalisation, saying, “India is described in the Indian Constitution as a union of states and not as a nation.

Hailing from Lucknow in Uttar Pradesh, Verma describes himself as a Commonwealth scholar, “civil servant” and “patriot” in his Twitter bio. However, he said that his patriotism did not have anything to do with any political party. Verma studied political science and history in college before appearing for the Union Public Service Commission (UPSC) exams. During the first Covid lockdown, he was attached under the state Home Department of Uttar Pradesh as a special officer on duty to supervise the movement of migrant labourers from the state for three months. The young civil service officer is soon to complete his scholarship programme at Cambridge, after which he will re-join his service. Also Read: In Rahul Gandhi-Jaishankar clash on diplomats, why India’s national interest is the loser

He then added: "The single biggest learning experience of my life was my father's death. He continued by stressing the union of states definition "goes to the heart of Indianness". "Then how would you define it (India)," Kapila chipped in. Gandhi responded: "I would define it as a voice. Also present was a great-granddaughter of India's second President Dr Sarvepalli Radhakrishnan, who was previously Professor at the University of Oxford

Mr Reddy liked the essay on the whole, remarking: ‘You read so many books in your research, some I haven’t. Mr. Gandhi on sportsFrom this list of index entries, Mr Reddy said, ‘It looks like he [Gandhi] started protesting segregated sports. Afterwards Mr Reddy wrote to Gopal Gandhi: ‘Ram Guha came to us for tea at short notice (20 minutes). ‘Thank you for the message,’ wrote Mr Reddy: ‘Happy to

Category: entertainment.
Tag: how to write a thank you letter for a scholarship, Indian South Africans Defy Racial Laws, But That Was Before He Became Mahatma, Second Round Table Conference, Indian National Congress, Gandhi Development Trust.

Digital Labs, an innovative education programme, is designed to hand-hold school-going children aged 11-14 years, through their first experience with the world of programming and new technologies. By creating an open atmosphere for learning, Digital Labs aim to instill courage in these students to embrace technology and acquire a problem-solving approach. Through this partnership, ten Digital Labs will be set up at Vodafone Idea Foundation schools in Rajasthan, Madhya Pradesh,

UK PM Boris Johnson India Visit Live Updates: Kicking off his two-day visit to India, UK Prime Minister Boris Johnson arrived in Ahmedabad on Thursday morning. The UK and Indian businesses are set to announce investments and export deals worth over £1 billion, in areas from software engineering to health. He began his visit with a roadshow from the Ahmedabad airport to his hotel on Thursday morning. He is also

Delays due to the pandemic slowed the process for the Fulbright Scholar to begin her research on youth activism in Mumbai, the most populous city in India. Vora was born in India, and she said it's been two years since she visited the country, where a lot of her family still lives. "Fulbright is all about cultural exchange and fostering mutual understanding," she said, "and this will be a great

New Delhi: The University of East Anglia (UEA), one of the UK’s top 25 universities, has announced six new scholarships for India, offered by various departments at the university. UEA India Award: The UEA India award is available to Indian students applying for post-graduate studies at the UEA. Scholarships for this programme require students to have both, the theoretical and practical skills necessary to create a change in the world.

The 2022 Hopkins County Freedom Ball was graciously supported this year by various families and businesses in the community who donated to the organization’s scholarship fund. The first Hopkins County Veterans Patriot Scholarship is awarded to a student in Hopkins County who is involved in activities that support veterans in our community – like organizing or working at the Veterans Day School Program, or volunteering at the “Wall that Heals” 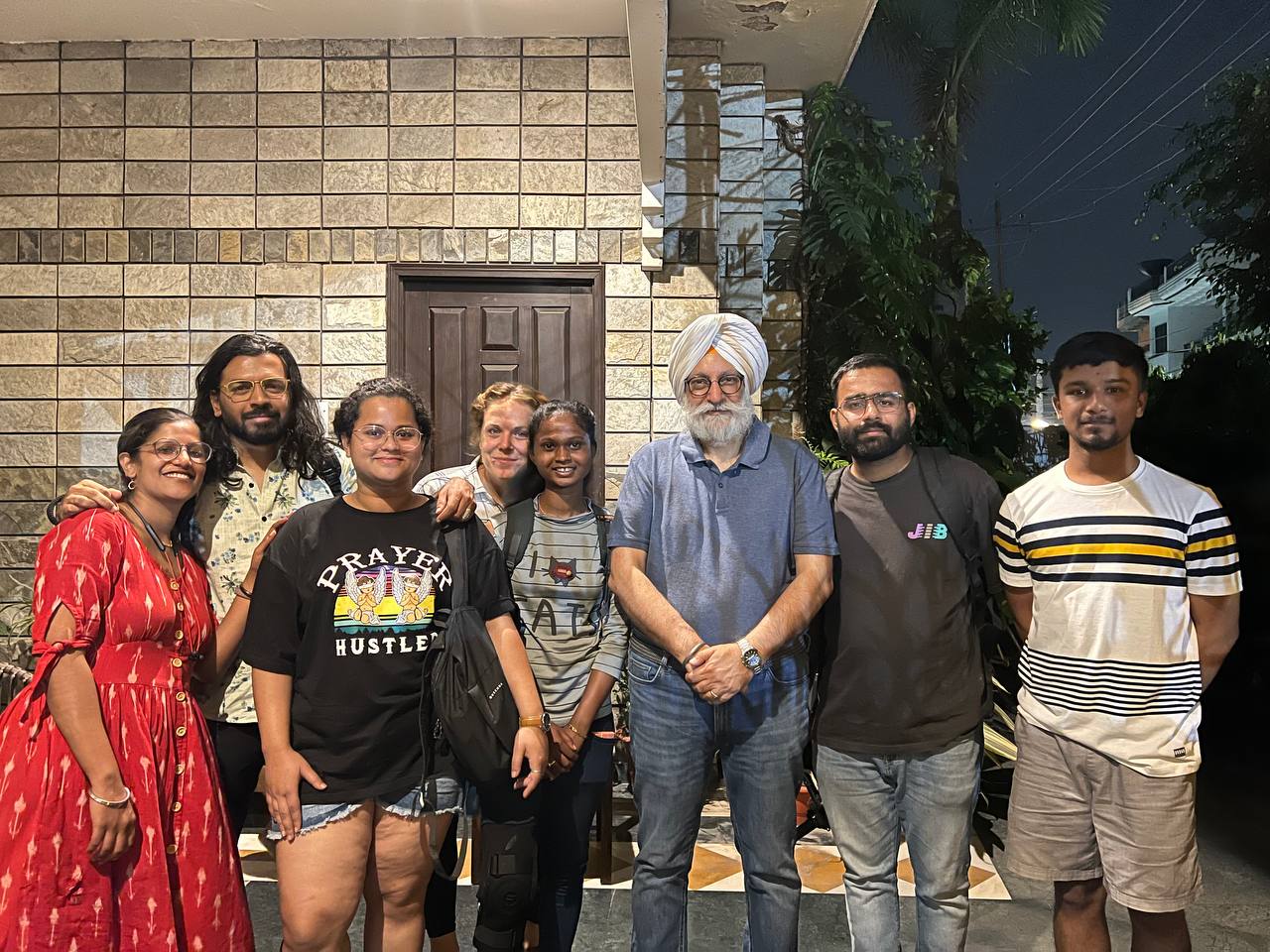 This generation has seen an evolution of sorts as travellers, as once a leisure-only activity, has now become sustainable, experiential and responsible. Travelling and promoting this particular thought are six persons, who are a part of a unique travel scholarship, an initiative by Shoshin Tribe, a travel start-up in collaboration with goSTOPS, a backpacker hostel. The idea is to understand how travel helps us learn and grow in the most

What is the qualification of Rahul?

Who is Sonia Gandhi to Rahul Gandhi?

Who is Rahul Gandhi Sonia Gandhi?

Sonia is the widow of Rajiv Gandhi, elder son of Indira Gandhi. She has two children, Rahul Gandhi and Priyanka Gandhi. More info : Who is Rahul Gandhi Sonia Gandhi?

Who is elder Priyanka or Rahul Gandhi?

She is the daughter of Rajiv Gandhi and Sonia Gandhi, sister of Rahul Gandhi, and granddaughter of Feroze and Indira Gandhi, making her a member of the politically prominent Nehru-Gandhi family. More info : Who is elder Priyanka or Rahul Gandhi?