You are here: Home › Farm Kid To High Steaks

What is it like to walk in the footsteps of giants while blazing one’s own trail? Ask Rob Shuey. In December 2021, Shuey concluded his career voyage, a nearly 41-year journey at Tyson Foods Inc. Reaching such career prestige was a marathon, not a sprint, Shuey said. Shuey first developed a passion for the agricultural industry in Springfield, Ohio, where he was born and raised, he said. The farm is where he learned to work independently while also being a team player, he said. When the time came for Shuey to continue his education, he allowed the reputation of Oklahoma State University to guide him 829 miles from the farm and his family, a risk that came with rewards greatly exceeding his expectations, he said. “I originally didn’t know anybody,” Shuey said, “So, I had to be self-reliant, but I also had to communicate and meet people. Soon, Shuey created lifelong relationships along with something else — a new, unexpected passion. Instead, he found himself working at the meat lab — and not just for a semester, but for three years of his college experience, Shuey said. Little did Shuey know, this pivot would set the rest of his life in motion. “I saw myself, hopefully, on the livestock team, but the meat team was new, and I didn’t know much about it,” Shuey said. Shuey decided to embrace all the university had to offer and joined the 1979 OSU Meat Judging Team, he said. “I realized if I knew more about the meat business through the meat team, it would probably help me on the livestock end, which it did,” he said. Under the direction of OSU Livestock Judging Team coach Bob Kropp, Shuey fulfilled his dream of competing on the 1980 OSU Livestock Judging Team, he said. However, the list of unforeseen benefits associated with his decision to join the meat team continued. “That’s where I met my wife, Mary, when you get down to it,” Shuey said. “We found out we had a lot in common,” his wife and life partner of 40 years said. At the time, Kalka-Shuey was the only female on the OSU Meat Judging Team, she said, and it came with a great time commitment. “We had to go to Oklahoma City every Saturday morning,” Kalka-Shuey said. “The time together on the team allowed us the opportunity to get to know each other better. The Shueys also had many of the same classes and would get together to work on assignments and study for tests, she added. While his wife was the greatest gift to come from the meat team, Shuey said, he also received another life-changing, powerful opportunity.

“I would have never had this job if I hadn’t been in Stillwater because when I was on the meat judging team is when I first went to an Iowa Beef Processors beef plant,” Shuey said. In the summer following Shuey’s junior year at OSU, he earned an internship at IBP, which set his career in motion, he said. “When I was in that internship, I saw the youthfulness of the company,” Shuey said, “and that was a deciding factor that led me to work at IBP. Shuey said the leadership of IBP at the time was aggressive, which was exactly what he was looking for following his graduation from OSU in 1981 with an animal science bachelor’s degree. “They were not afraid to try new and innovative ideas in the meat and livestock industry,” he said. The long, hard hours were gone in the blink of an eye because of the company culture, Shuey said. “I was given — and earned — really neat opportunities in the company and the industry,” Shuey said. During Shuey’s time at IBP and Tyson, he was willing to learn to do any role, which exposed him to an abundance of knowledge about the company and the industry, he said. “I have been mostly in sales, and that includes variety meats, rendered products, trim sales, boxed beef, hides and tannery as well as margin management,” Shuey said. “So in other words, I was involved in the pricing of the beef as well as the pricing of the hides. Shuey and his team priced all of the beef, including the Certified Angus Beef, he said. “That is an aggressive play on a daily basis, where you’re trying to figure out what the markets are, using supply and demand fundamentals, and how to make the best decision for the customers and the company,” Shuey said. Through margin management, Shuey said he began to take a particular interest in another sector of the business — the international markets. “When we sold meat internationally,” Shuey said, “I started to price and negotiate it, and that started to intrigue me. During this time, Shuey absorbed all he could learn from his mentor — Roel Andriessen, who was Shuey’s predecessor as the senior vice president of Tyson International Fresh Meats. Tyson values mentorship and future plans, specifically succession plans, Shuey said. “In that position, I was responsible for nearly all of our fresh meat international sales,” Shuey said. Much more goes into international meat sales than what one may think, Shuey said. “Selling meat is one thing, but learning about the different cultures around the world like those in Japan, Taiwan and Korea or in the Middle Eastern countries like Saudi Arabia is impactful," he said. When Shuey stepped into his final leadership role, he made it a priority to learn more about the needs and cultures of his customers, he said, including using his time to incorporate more travels to strengthen the international markets. For example, some Asian customers prefer smaller cuts of meat compared to the U. Because of his travels, Shuey took suggestions back to the production floor to reimagine cuts of meat in ways that could be more appealing to citizens in other countries, he said.

“We also made the conscious decision to do more business in what we refer to as the emerging markets,” Shuey said. “We are trying to create more demand, which adds more value and more revenue, which goes back to our bottom line,” Shuey said. Shuey prides himself in the opportunity to serve the industry by adding value to the animal through marketing channels, he said. “We take the parts of the animal that aren’t consumed in the U. Even with such positive strides, the equation known as supply and demand, and the role he plays in the equation, continues to get more complex as consumers change nationally and internationally, Shuey said. “The younger consumers do not want to take the time to prep a meal for two or three hours,” Shuey said. And yet, even with leading the charge in so many crucial conversations, Shuey always humbly comes back to the basics, he said. “When we go on vacation, Mary doesn’t even ask what we are doing anymore,” Shuey said. While it may seem unnecessary to complete such a task after years of working in the industry, the act comes back to something much bigger. Shuey cares about each individual who makes up American agriculture, he said. “I am thankful for the opportunity to try to support producers,” Shuey said. Shuey also has a passion for the future of the agricultural industry, Kalka-Shuey said. When the Shueys were members of the meat judging team, the university provided travel, but the team members were responsible for many expenses associated with competing, she said. “The Shueys are contributors to the OSU judging teams’ scholarships and travel funds,” said Gretchen Mafi, OSU Department of Animal and Food Sciences Ralph and Leila Boulware Endowed Chair. Each time, the students learn from Shuey’s unselfish dedication, Mafi said. “When you work hard and you’ve been blessed, it’s your responsibility to give back,” Kalka-Shuey said. “It feels great to be able to help students in this way,” she added. The Shueys love giving back to those around them with financial gifts and their time, she said. Their contributions to others — past, present and future — have not gone unnoticed, said Megan Smith, OSU Animal Science Alumni Association executive director. “The award was first presented in 2014 by the OSU Animal Science Alumni Association in recognition of an individual’s service and support to the association,” Smith said. “Rob and Mary are strong supporters of the university and have a passion for giving back to OSU.

There are certain “adulting” skills they may need help with, like writing resumes and filling out employment and scholarship applications. Their advice to us and the boys was to talk about their duties on the farm. They said young people often don’t think of farmwork as valuable experience, but it is. It put some money in his college fund, let him get to know a wonderful farm couple, and taught

Category: fifty.
Tag: can you pocket scholarship money, one of one, oneofzero discount code.

AMARILLO, Texas (KFDA) - The AgTexas Farm Credit Services awarded $10,000 in scholarships at its seventh annual AgTexas AgYouth Scholarship awards program. AgTexas honored 10 graduating high school seniors who have excelled in their 4-H and FFA chapters, each with a $1,000 scholarship. The $10,000 is part of the total $24,000 in scholarships being awarded through the education initiative that AgTexas created seven years ago. The program has awarded over

That is why as part of our work to safeguard the Earth and people, we advocate for a Farm Bill that reflects our values. On April 29, 2022, the Senate Agriculture Committee (the policymaking body that usually writes the Farm Bill), held a field hearing in Michigan to explore “Growing Jobs and Economic Opportunity: 2023 Farm Bill Perspectives” and we submitted this written testimony for the record. Conservation: The 2023 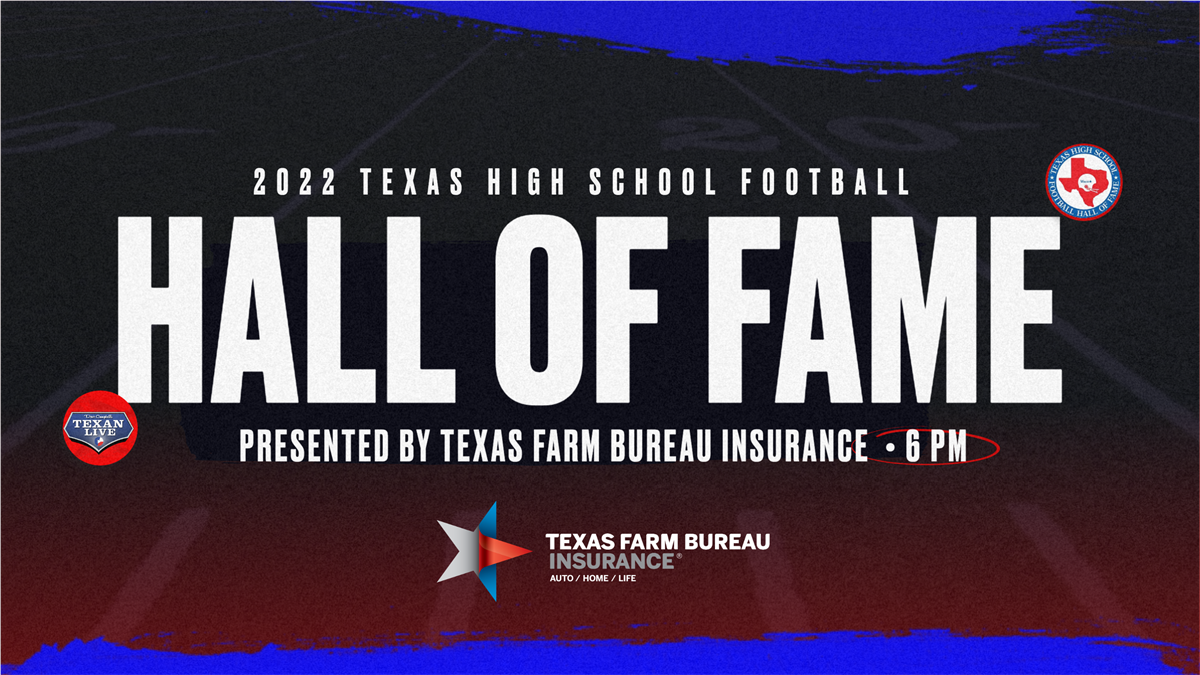 Did Cade Cunningham have a kid in high school?

Riley was born during Cunningham's senior year of high school back in 2018. Heading into the 2021 March Madness Tournament, Cunningham had nothing but sweet things to say about his daughter.Jul 29, 2021 More info : Did Cade Cunningham have a kid in high school?

What happened to the LeBron James Kid?

Bronny James was born in 2004. He's currently a sophomore at Sierra Canyon High School in California and is already getting a lot of hype around the country. He tore his meniscus in February of 2021, but he is expected to make a full recovery after surgery. More info : What happened to the LeBron James Kid?

There is enough open space for kids to run around as well. Good service, pub food and Detroit style pizza, beer, wine whisky, you are spoiled for choice. More info : Is ivywild kid friendly?

How does Animal Farm connect to history?

Animal Farm is a 1945 allegorical novella by English writer George Orwell. According to Orwell, the book reflects events that led up to the Russian Revolution of 1917, and then to the Stalinist era in the Soviet Union.Jan 24, 2013 More info : How does Animal Farm connect to history?